Patricia Piccinini: Some facts about her 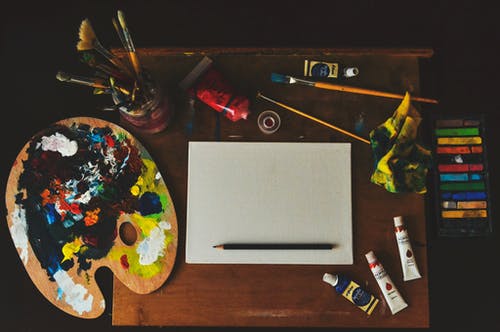 Patricia Piccinini is a painter who investigates the limits of technology and science through her paintings, photos, videos and installations. Since the early 1990s, Piccinini has expressed an interest in human shape and its capacity for modification and transformation by biotechnological action. From the mapping of the genetic code to the development of human tissue from gene therapy, Piccinini’s art maps an area in which scientific advancement and ethical problems are entangled.

Born in 1965, Piccinini first received a degree in economic history, then a Bachelor of Artsin Painting. Early in her work, she spent some time in scientific museums painting stored specimens. Her studies of anatomical pathologies and abnormalities inspired her creations.

Patricia Piccinini is a well known artist for her work in the art world. She begins with her sketches, which she and a small staff of specialists transform into three-dimensional artifacts. They use conventional methods (such as hand-sculpted plasticine designs) as well as computer-based technologies such as CNC milling and 3d printers to test concepts prior to the manufacture of finished works.

Patricia Piccinini, who was Australia’s delegate at the 2003 Venice Biennale, is known primarily for her mutant life-like creations soft silicone and fur, and as these pieces from the late 1990s prove, she has always been a campaigner for the love of all those things that we know to be flawed, for the ideals of compromise and culture. From the beginning of her work in the early 1990s, her art has merged the adorable and the grotesque, separating our urge to cultivate our anger and disgust, and inspiring us to see the elegance of all aspects of life, whether monstrous, disfigured or unnatural.

Protein Lattice, Subset – Blue Landscape (1997) is part of a visual collection influenced by a widely distributed picture of that year, a rodent with what appeared like a human ear emerging on its back. Ever mindful of the possibilities of advances in medical science, Piccinini paints a beautiful female surrounded by a field of the very same ‘ear mice,’ implying that what may seem to be a frightening lab experiment might lead to healing or life-saving. The rodents have a forerunner in another one of Piccinini’s creations: LUMPTM, her ‘Lifeform with Unevolved Mutant Properties,’ which emerged across several photographic collections in the mid-1990s, and so ugly that only a mother might love her.

From the 1990s, Piccinini expanded her study of family dynamics from the ‘biosphere’ to the ‘autosphere.’ Such a collection is Giblets (2000), five small car-engine components ,feminized by Duco in a variety of pastel colours in the very same way as Truck Babies – her pink and blue car-sculptures with wide eyes and shimmering derrières that feature in the visual collection Desert Riders (2000). Piccinini was living in Tokyo in 1998 and her art of that time has strong ties with the high-tech pop aesthetics of Japanese modern art and the kawaii term used in Japan to characterize the cute and fragile.

Patricia Piccinini is truly a leader in the modern art from and manages a fine line between grotesque and cute.