Benefits Of A 360 Degree Employee Feedback 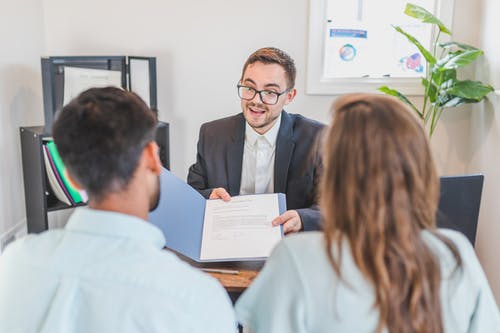 360-degree feedback promotes growth by assisting participants in identifying their advantages as well as areas for development. It’s a good place to start for most leadership training programs and coaching sessions.

When 360s are contemplated in an organization, however, there is frequently considerable resistance. We’ll go over some of the most prevalent causes for 360-degree review, as well as the multiple advantages it may provide to an individuals, group, or company.

Nave Realism is a philosophic idea that states that everyone of us believes we see the world directly, as it is. We also trust that what we observe is shared by everyone. The 360-degree review method exposes us to the perspectives of others on our actions. Luckily, the majority of the multi-rater input is congruent with the participants’ own assumptions.

The report contains only a few surprises. Surprises occur when one set of raters (i.e., peers) gives a conduct that the person thinks to be a strength a somewhat lower score. This prompts some introspection to see if the person is functioning in accordance with the group.If you want this for your company, you can assess your team here.

A 360-degree survey can include scores on 50-75 actions, giving a person a very detailed picture of how they engage with others. Participants are frequently introduced to interactions and behaviours that they had not previously considered, such as “inspires a feeling of purpose in others for the work we undertake.”

When it comes to choosing on opportunities for growth, this level of information broadens the alternatives. Patterns can also be seen in the feedback system. For example, a person who excels at outcomes planning, orientation, and organization may also be prone to micromanaging. Because of the volume of data in a 360 report, the participant can notice useful themes emerge from the results.

In their 360 reports, most participants mention three or four areas where further information is needed. Someone could wonder why their supervisor gave them a low grade on delegating yet their direct reports gave them a great score. We propose that the participant meet with their boss to discuss their findings and ensure that everyone is on the same page.

This is the kind of conversation we hope 360 feedbacks would elicit. To collect more data, it is also beneficial to consult with a trustworthy peer or immediate report. We constantly stress that 360-degree feedback is just the start of improving as an employee or leader. In many cases, the follow-up discussions reveal more information than the report itself.

Reciprocity — a mutually advantageous transaction – is one of the most important actions in a partnership. Performance evaluation is frequently one-sided (as in a manager report connection) or completely absent (peers don’t believe it is their job to speak up). 360-degree feedback, at its most basic level, demonstrates how you connect with others and identifies areas that have an effect on connections. Do you interact with others in a clear and concise manner?

Are you receptive to constructive criticism? Do you treat people fairly, with decency, and with regard? As you spearhead a cross-functional transformation this year, you may notice a need to enhance connections with your peers.