6 Things You Should Know About a Marijuana Addiction 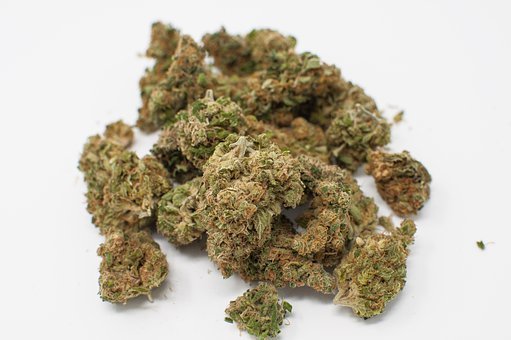 Does someone you know suffer from a cannabis addiction? It’s not something many people talk about, sadly. We shined a light on the disorder, helping you be as informed as possible. Read ahead.

It’s Not That Common

It’s not something that is talked about, as it affects only 30% of cannabis users. The disorder is more common if you’ve been smoking the plant since your adolescence. Not only is it uncommon, but it’s only diagnosable if extreme.

It Can Be Dangerous

Being addicted to any drug is dangerous. Using it would make you intoxicated, which clouds your judgment and cognition. Regularly being in such a state would lead to choices being made that negatively affect you and your family.

A cannabis addict regularly chases this feeling of euphoria. They will risk everything for it. Over time, abusing the drug would lead to a tolerance. This means more marijuana would be needed, leading to more money down the drain.

Continuous use of the drug has been shown to cause psychosis. This includes a warped perception of reality thanks to delusions and hallucinations. Addicts who have been using marijuana since adolescence are the most vulnerable to psychosis.

Staying off the plant leads to withdrawal. However, what you’ll feel won’t be as bad as with other drugs. Withdrawal symptoms tend to last for around 2 weeks. Now, what are they? Expect trouble sleeping, irritability, restlessness and a change in appetite. Although mild, the symptoms hit are at their worst in the first week.

It’s Not Hard to Treat

If your loved one is marijuana dependent, remember to keep them accountable for their actions. Make them realize that they’re ruining their life and bringing everyone around them down. Once they realize that they have a problem, they can make the decision to stop abusing the drug.

There’s quite a bit of counselling, clinics and treatments to treat the disorder. If you’re not aware of how extensive cannabis addiction treatment really is, you probably don’t know that there is hypnotherapy for it. It’s known to be one of the most effective ways to treat the addiction.

It Is Not a Gateway Drug

You don’t have to worry about your loved one using cannabis as a stepping stone to more addictive substances. Several research and studies have shown that it is not a gateway drug. However, cannabis is not something you generally smoke alone. Someone in your loved one’s circle might be abusing harder substances, so they might have been offered it. Thankfully, trying it only 1 time won’t leave you dependent. You need to try it much more than this.

Cannabis addiction is not something many people speak of. It is a disorder that’s not common, and can only be diagnosed in severe cases. Most people who have it have been abusing the drug since their adolescence. Thankfully, there are many ways to treat the disorder. Withdrawal from it isn’t that bad either.